Joint video to mark the conclusion of the Forget Heritage project 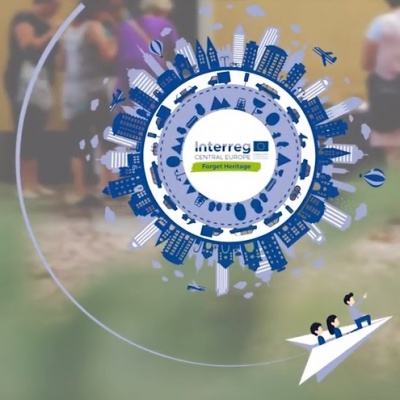 As well as the Strategy for the Management of Cultural Heritage through the Use of Cultural and Creative Industries (CCIs), the FORGET HERITAGE partnership has prepared a joint video showing eight pilot projects in eight central European cities. Various tools for the management of heritage buildings (in six cases) or shared public space in front of such buildings (two locations) were tested in carefully chosen locations.

In August 2018 – during the European Year of Cultural Heritage – we inaugurated a new co-working space called Writers’ Hub in the Vodnik House complex owned by the City of Ljubljana and managed by the Divja Misel association. The shared space, which is available to anyone who needs a quiet corner and a computer in order to write, is the fruit of cooperation between the Regional Development Agency of the Ljubljana Urban Region (RRA LUR) and the owner and manager. RRA LUR obtained funding from Forget Heritage for the partial renovation of the space and the implementation of a one-year writing support programme (workshops, mentoring programme and various presentation events for programme participants). In the first year of activity, the programme was aimed at young people aged between 15 and 29.

Watch the video to find out more about the Writers’ Hub and the other pilot projects.

1) On the Forget Heritage project and the Writers’ Hub pilot project:

2) On the Vodnik House complex and the creation of the Writers’ Hub: