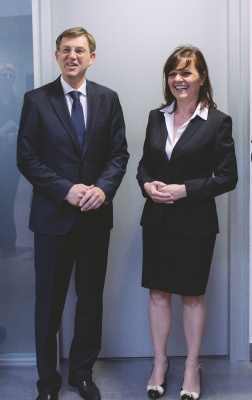 The Government visit to the Central Slovenia region took place on 10 and 11 May 2016, beginning on the first morning with the conference Promoting the Development of Social Entrepreneurship and Cooperatives, organised by the Government of the Republic of Slovenia, the Ministry of Economic Development and Technology and the Regional Development Agency of the Ljubljana Urban Region (RRA LUR).

The conference was aimed at individuals and organisations who see a developmental challenge and an opportunity in social entrepreneurship and are already developing enterprise ideas in this field or are planning to do so in the future.

The Regional Development Agency of the Ljubljana Urban Region was also visited on the first day by the Prime Minister, Miro Cerar, who familiarised himself with the key regional development challenges in the Central Slovenia region and examples of good practice from the programmes designed to promote entrepreneurship and youth employment which RRA LUR implemented in the previous financial perspective. Young entrepreneurs who took part in the Entrepreneurially Into the World of Business programme (Mateja Dobovšek – Dškatla, Miha Pelko – development and manufacture of 3D printers, Urša Popovič – Swingy and Nika Živec – Lenilab) were also given the opportunity to make presentations. The Prime Minister also devoted considerable attention to social innovation, including “D9”, a set of parlour games for elderly dementia sufferers, the “A to B: Ljubljana” app and the business chain “Connecting Design and Industry”, and joined the Library of Things, the first “library” in Slovenia to lend not books but a variety of useful items. The latter developed under the auspices of the Regional Creative Economy Centre (RCKE) in conjunction with prostoRož, the Slovenia Coworking initiative and the City of Ljubljana. 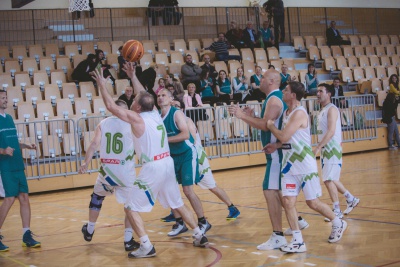 Tuesday’s visit ended with a friendly basketball match between the Government and the Central Slovenia region at Dobrova Sports Hall, where the regional team captained by Brezovica mayor Metod Ropret beat the Government team led by the Prime Minister with a score of 34 : 24.

On Wednesday, 11 May 2016 the Agency was visited by the Minister of Development and European Cohesion Policy, Alenka Smerkolj, whose talks with the Agency management focused on the new starting points dictated by European policy for the current financial perspective. The latter envisages less EU funding for regional projects than in the past, while the financial structure for their implementation is still unclear. RRA LUR director Lilijana Madjar underlined the importance of the region’s long-term development plans, which via key projects such as Reducing Flood Risk in the LUR, continuing construction of the P+R network, Creative and Active Youth (KAM) and the Network of Regional Cycle Connections are included in the Agreement for the Development of Regions, for which the region has not yet received concrete replies either from the Ministry of Economic Development and Technology or from other competent ministries. 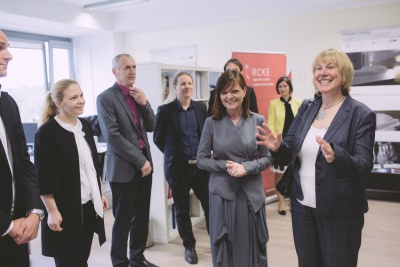 The proposed amendment to the Spatial Planning Act, which envisages the introduction of strategic spatial planning at the regional level, was also discussed, as were the significance of the proposed amendment for the efficiency of spatial planning and open questions regarding its implementation. Presentations were made of successes in certain projects such as the Regional Scholarship Scheme and Entrepreneurially Into the World of Business, which were implemented in all regions of Slovenia in the past financial perspective, and it was represented to the minister that the conditions for their continuation in the new financial perspective need to be guaranteed as soon as possible.

In remarks at the end of the meeting, Smerkolj and Madjar agreed that in order to ensure successful further work, territorial dialogue needs to begin as soon as possible, and that great efforts will still be needed in order to realise key projects. It will only be possible to address existing and new challenges through coordinated reciprocal cooperation and connection.